During the Hurricanes Harvey, Irma, and Maria, approximately one million cars were damaged. A news-breaking story on Fox television figured that about 60 percent of those damaged cars would once again be back on the market. Experian’s Vehicle Flood Risk Check App, available on Google Play and the iOS App Store, was created to identify these flood damaged vehicles. 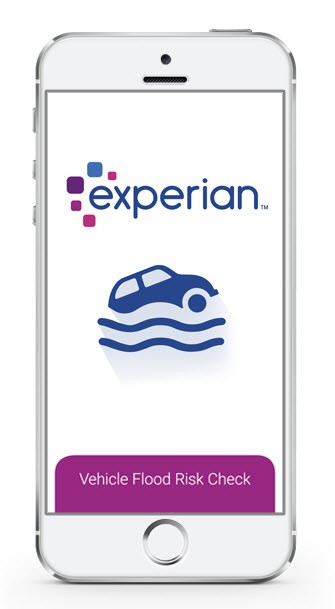 The Vehicle Flood Risk Check App has two main methods from which we can help our clients and consumers stay aware of the risk of unknowingly purchasing flood damaged vehicles. The first method is that clients can quickly scan or enter the VIN to reveal whether the vehicle has been through floods or hurricane-related trauma that make them risky to operate and have been reported to Experian. The second method to make it easier to identify flood damaged vehicles is to get an additional layer of protection through Federal Emergency Management Agency (FEMA) advisory. FEMA advisory lets consumers know if a specific vehicle was registered in a city/region that was declared a major disaster area through the FEMA.

The users of Experian’s Vehicle Flood Risk Check App get access to superior flood data from all fifty-one U.S. jurisdictions, National Insurance Crime Bureau (NICB), and other flood data sources. Our consumers are also able to gain exclusive access to our daily auction flood damage information from the two largest U.S. auction houses. This information is valid because the moment that insurance companies declare these flood damaged vehicles useless, they are moved in mass to the auctions, where they sit anywhere from a month to a few months, waiting to be re-titled and purchased.

During a previous Hurricane Katrina and Sandy study, flood related titles did not show up until, at the earliest, 30 consecutive days after the natural disaster occurred, most showing up at 60 days or even later. Therefore, the auctions make the flood damaged title transparent, and because of this, many buyers unknowingly purchased flood damaged vehicles.

Both components, the VIN identifier and the FEMA advisory, are critical to the accuracy of the app. Experian’s Vehicle Flood Risk Check App is unique and efficient, and it can help you identify if the car you are purchasing has recently been damaged by floods and/or hurricane related natural disasters.